We are pleased to share the excellent article on CO2 Smart Tech published by Economía Digital Galicia.

Through the following LINK you can see the full article that summarizes the trajectory of CO2 Smart Tech since its inception, to become a reference tool in the technical-energy management of facilities, both industrial and large tertiary.

The article echoes the awards and distinctions received by CO2 Smart Tech , the interest shown by reference companies both nationally and internationally in our systems and developments oriented to the technical-energy management of facilities, as well as the importance for CO2 Smart Tech in continuously improving and developing our technology, advancing the news of the new version of our «co2st-tem» system , which we hope will become a reality in the coming months.

From CO2 Smart Tech , we want to thank the Digital Economy Galicia for the interest shown by our organization and congratulate them for the excellent article they have published.

Below you can see the full article published by Economía Digital Galicia.

PREPARE A NEW VERSION OF YOUR CO2ST-TEM SYSTEM

Pioneer of the so-called Industry 4.0 when this concept was not yet discussed, the Galician company CO2 Smart Tech has been developing innovative solutions aimed at improving the energy efficiency of large installations since its inception in 2010. Today, its co2st-tem system is present in companies in eight countries and the company is already working on a new improved version.

“ We started to develop our technology in 2010 in the field of Industry 4.0 in a somewhat visionary way , since at that time this concept did not exist. Simultaneously with the development we were presenting it in the regional and national market. During all this time we have had to create demand since although the need could exist, the companies did not know this type of systems ”, explains Alberto Méndez, partner-director of CO2 Smart Tech.

And what is the system developed by CO2 Smart Tech? co2st-tem is a cloud platform for monitoring and technical and energy management of facilities. “Its objective is to identify and quantify the main consumption and uses of energy (electricity, gas …) and its transformations (steam, compressed air …) in each center, determine the causes that produce these levels of consumption, and support managers to make the best operational and investment decisions in energy efficiency for its optimization, ”Méndez details.

Unlike the equipment that only measures consumption, the technology developed by CO2 Smart Tech immediately alerts deviations from expected patterns, automatically informs – via email – of the situation in which the plant is at any time, and also simulates the actual invoice of each of the consumptions. This allows companies to “make the best operational decisions and investments in energy efficiency for optimization,” he said.

This software has attracted the interest of international companies of automotive components, canning, dairy, beverage production or fish processing “as well as office buildings and commercial centers very recognized in premium areas of large cities,” adds the director of the company, which today has customers in Spain, Germany, Portugal, Panama, El Salvador and Costa Rica. ” We have recently implemented our technology in Dubai and we have entered into a very important project in the United States that will cause more than 50% of our income to come from abroad in the next two years,” he emphasizes.

In less than seven years, CO2 Smart Tech has gone from being a startup of three engineers to a company with an international presence, based in Oleiros and Bueu, and a staff of 12 people, of which six are engineers and four computer technicians.

In this short period of time its creators have already received recognition from the engineering sector , and in triplicate. In 2014 they obtained the award for the best entrepreneurial project of the Official College of Industrial Engineers; and in 2015 the prize for the best business initiative of the Official College of Telecommunications Engineers of Galicia, and the entrepreneurial prize of the year of the National Association of Engineers of ICAI.

But the awards have not made that in Smart Tech CO2 they fall asleep on the laurels. In fact, the company is already working on a new version of co2st-tem , “which will mean a very important qualitative leap, which will improve many features of our advanced and successful current system,” says its director. Not in vain more than 40% of the company’s budget is dedicated to development and innovation.

Nowadays, concepts such as Industry 4.0 or intelligent factory are no longer unknown to the Galician business sector , and the demand for this type of software “begins to activate itself little by little,” says Alberto Méndez, who attributes it so much to that “already We are not strangers and there are important companies that have decided to take the step with us ”as“ many companies and institutions have turned to inform about the benefits or opportunities that this new factory model can report or the risks it has to stay back in this digitalization career ”. 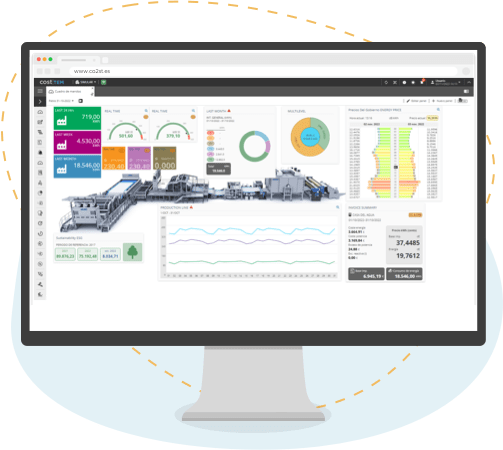 cost|TEM is an innovative energy monitoring, control and management software with advanced features, applicable to any sector, compatible with hardware from multiple manufacturers and offering a comprehensive approach to energy management.

CO2 Smart Tech, S.A has been a beneficiary of the European Regional Development Fund whose objective is to improve the competitiveness of SMEs and thanks to which it has launched an International Digital Marketing Plan with the aim of improving its online positioning in foreign markets during the year 2022. For this, it has had the support of the XPANDE DIGITAL Program of the Chamber of Commerce of Pontevedra, Vigo and Vilagarcía de Arousa.” A way of making Europe

You can find out more about which cookies we are using or switch them off in settings. 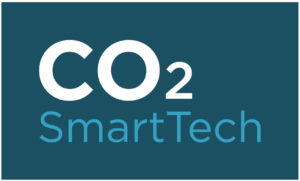 This website uses cookies so that we can offer you the best possible user experience. Cookie information is stored in your browser and performs functions such as recognizing you when you return to our website or helping our team to understand which sections of the website you find most interesting and useful.

Strictly Necessary Cookie should be enabled at all times so that we can save your preferences for cookie settings.

If you disable this cookie, we will not be able to save your preferences. This means that every time you visit this website you will need to enable or disable cookies again.

This website uses Google Analytics and LinkedIn to collect anonymous information such as the number of visitors to the site, and the most popular pages.

Please enable Strictly Necessary Cookies first so that we can save your preferences!